Long-term care insurance is not for sissies! 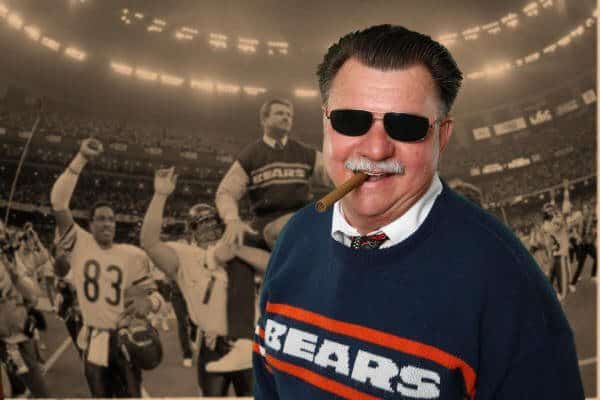 Mike Ditka was one of the former players who lead the push to get the NFL to agree to provide the long-term care benefits.

If there was ever a man’s man, it’s Mike Ditka.

He revolutionized the position of tight end and helped the Chicago Bears win the NFL championship in 1963.

Years later he became the head coach of the Bears and led one of the greatest teams in NFL history to a Super Bowl victory in 1985.

He’s one of only two men to win a Super Bowl as a player, an assistant coach, and a head coach.

Here are some of my favorite quotes from Mike Ditka:

“You’re never a loser until you quit trying.”

“Success isn’t measured by money or power or social rank. Success is measured by your discipline and inner peace.”

“If things came easy, then everybody would be great at what they did, let’s face it.”

“If you are determined enough and willing to pay the price, you can get it done.”

“I always tell people I want to live to be 150 and they say why would you want to do that. I say, well there’s a few people I haven’t made mad yet, I want to get them.”

“Here’s what I tell anybody and this is what I believe. The greatest gift we have is the gift of life. We understand that. That comes from our Creator. We’re given a body. Now you may not like it, but you can maximize that body the best it can be maximized.”

“Before you can win, you have to believe you are worthy.”

“What’s the difference between a 3-week-old puppy and a sportswriter? In 6 weeks, the puppy will stop whining.”

Here’s a link to Mike’s biography at the Chicago Bears website.

Here’s a link to the press release announcing the new long-term care insurance benefits for the retired NFL players.